People of all ages and abilities
step into their rhythmc Power 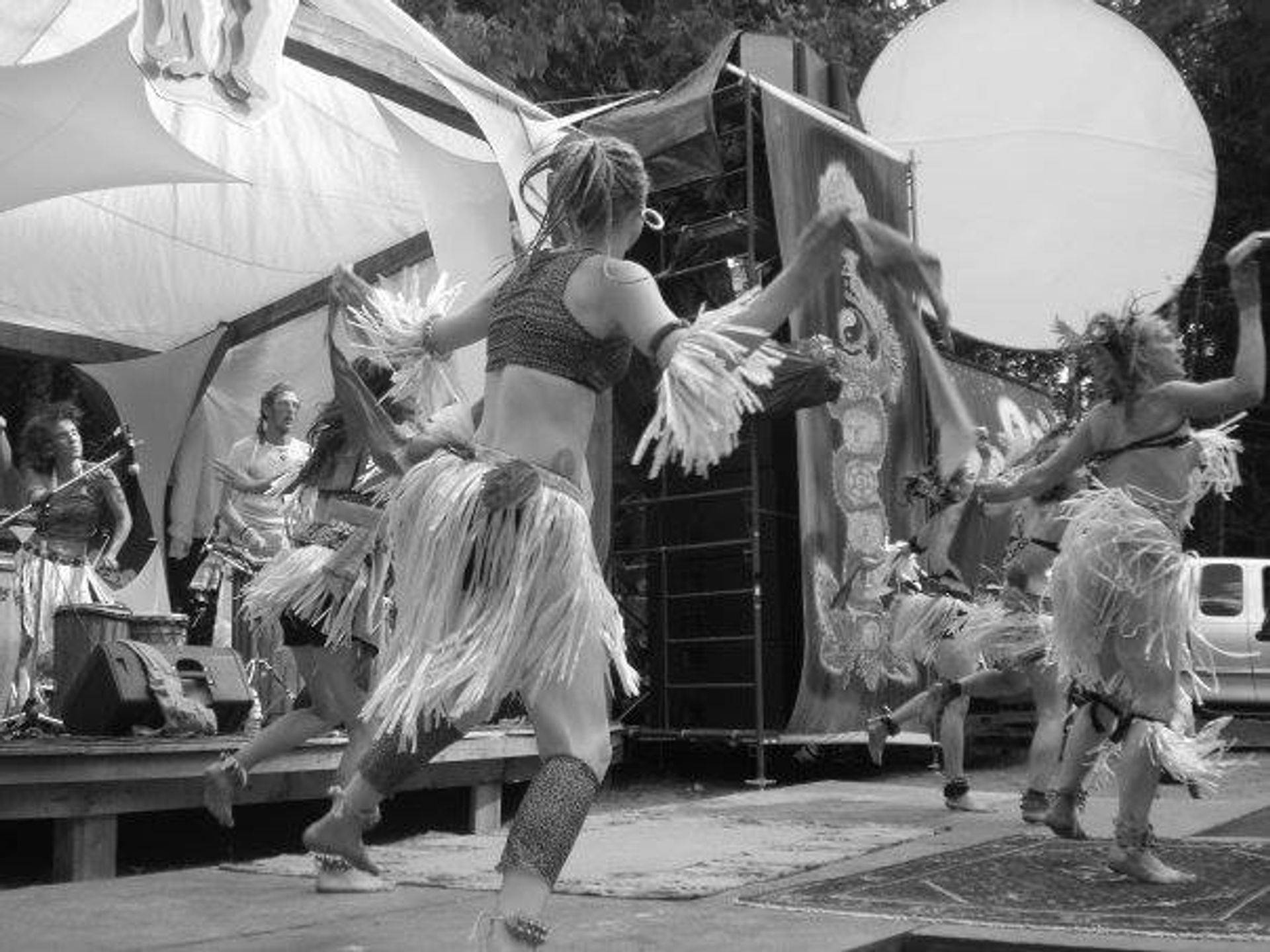 Step Into YOUR Power
@

RhythmDance is a powerful and uplifting dance workout that blends percussion, drumming and dance choreography. Learn to dance while drumming, playing shakers, twirling canes and so much more. Great way to get fit and have fun.

Come join the fun... No Experience Necessary! Open to Everyone!

About Marilyn Hatfield, Your Instructor

Awarded the honour of 2020 Cultural Ambassador for the city of Nelson, Marilyn Hatfield is a multidisciplinary performing artist, musician, percussionist, vocalist, dancer, drum and dance instructor, choreographer and event presenter.

Since 1994, Marilyn has dedicated herself to studying, performing and teaching global drumming and dance arts in a way that honours traditional teachings. With a passion to share the magic and joy of rhythm and dance with all, she has been guiding people of all ages in the US and Canada to step into their rhythmic power since 1999. In 2012, Marilyn opened her own dance and drumming school, Marilyn’s House of Rhythm and Dance, in Nelson, BC, and offers individual and group classes in dundun, djembe, global dance fusion and her original dance fusion, RhythmDance.

Marilyn has been the drummer, lead vocalist and percussionist for psychedelic rock powerhouse band, Soundserious, since the group’s inception in 2005.

Since 2018, Marilyn has spearheaded, organized and facilitated a music and art festival in the Slocan Valley called Summer Breeze Music and Art Party. This is a free community event linking diverse visual and performing artists with the public for the purpose of engaging the public with arts and culture in the community.

With many skills to share, Marilyn is an excellent teacher who engages all students and strives to help each one tap into and channel their inner rhythm.

The dancer is the one to express the music...to dance, one must become the music.
Rhythm and dance are my passion, and I love sharing this with others.
All my life I've been deeply in love with the art of dance...Growing up, I spent hours in my room with the record player blasting, dancing in front of the mirror and studying my reflection, experimenting and creating choreography. MJ, Janet Jackson and Paula Abdul were big inspirations for me back in the day.
I began playing the rhythms because I believe that rhythm and movement are the most basic components of each and every aspect of our lives.
Music is valuable in all aspects of African culture: those working in the fields, sowing and reaping, often are accompanied by drummers, and everyone comes out to dance when the drums are calling. Our every movement has rhythm ~ rising from bed; brushing our teeth; walking the dog ~ everything! No life without rhythm. No rhythm without time...
- Marilyn
My deepest gratitude to all my teachers with special thanks to:
Abdoulaye Diakite, Koumbana Konde,
Mandjou Kone, Karamba Diambate,
Alhassane Kane
and so many more.